What’s better than adding the Seven Wonders of the World to your travel bucket list? Maybe a few other things, but not much. You can visit all Seven Wonders once about in three months—if you have the time and the budget—or you can have a long-term plan to see them one by one throughout your life. Still, you just have to do it. At the end of the day, how many people on earth can say that they’ve seen all of the wonders of the world? The awe-inspiring architectural marvels such as Machu Picchu, Chichén Itzá, and The Great Pyramid of Giza will leave you amazed at the achievements of ancient cultures. Start exploring the Seven Wonders with the advantages of vacation packages. Visiting the New Seven Wonders of the World

“One’s destination is never a place, but a new way of seeing things,” celebrated author Henry Miller once. From the Greeks in ancient times, which made trips to see the Oracle in Delphi, to the religious pilgrims visiting their sacred land, travelling is arguably as old as the history of humankind. Whether you are on the road for business or pleasure, travelling broadens your perspective. It allows you to see new places, learn about new cultures, witness various traditions, sample local cuisines. 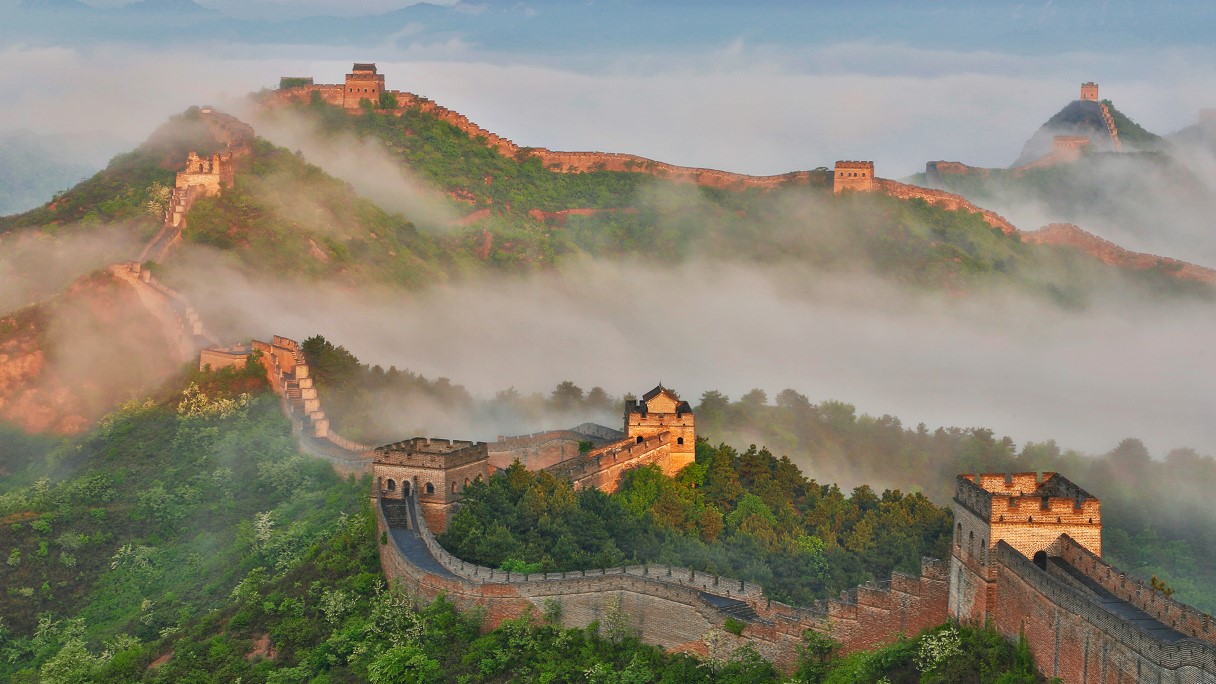 What Are the Seven Wonders of the Ancient World?

It would be remiss not to mention the Seven Wonders of the Ancient World when talking about seeing spectacular things. So let’s remember them:

These magnificent structures stood witness to the greatness of what humanity can achieve. The first mention of these wonders was found in a list compiled by Greek historian Diodorus of Sicily. He included six of the original wonders and replaced the walls of Babylon for the Lighthouse of Alexandria. The list primarily spanned the Mediterranean region and the Middle East as it constituted the known world for the Greeks.

What Are the New Seven Wonders of the World?

However, all ancient wonders were destroyed, except for the 4,500-year-old pyramids in Giza; a Swiss foundation launched a campaign in 2000 to determine the New Seven Wonders of the World. This initiated a seven-year campaign during which more than 100 million people voted from a choice of 200 monuments. By elimination, the list was downed to seven and finalised in 2007 with the addition of Giza to honour its reputation. The New Seven Wonders are:

These wonders are also declared as UNESCO World Heritage Sites, a title bestowed upon regions or landmarks for having cultural, historical, scientific, or other forms of significance.

Scattered across five continents, from Mexico to China, The New Seven Wonders of the World rekindled many people’s childhood dream to see humankind’s seven most spectacular constructions. The even better news is it’s possible to visit them all in about a month! Reserving your spot in early-bird deals can have its perks, but you can always check for last-minute options after you’re done with planning.

This is no trivial endeavour as it requires a massive amount of planning, scheduling, and travelling great distances. However, you can lighten your load by selecting a holiday package to visit the seven wonders. It definitely makes transportation and accommodation easier, leaving you more time to focus on the details of your trip. If you believe planning a vacation is just as fun as living it, you can always draw up the perfect route for yourself. This way, you can take a few extra hours or even days at a location and make adjustments to your plans along the way. Both have their advantages which you can prioritise based on your needs. 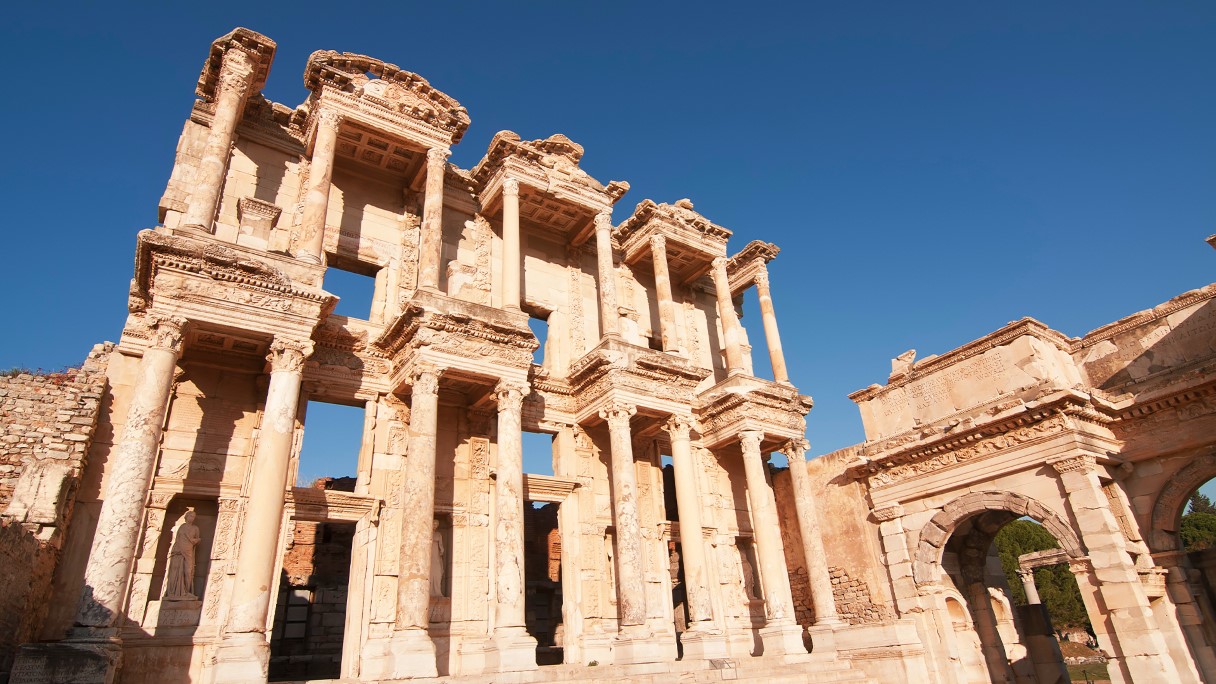 The Great Wall of China, China

The construction of the Great Wall of China began in the 7th century BC and continued for two millennia. Currently stretching for over 20,000 kilometres, the wall was built to protect Chinese states and empires from invasion and ensure border patrol and the inspection of trade goods. It’s so grand an architectural feat that it has its own urban myth—that it can be seen from space!

Be prepared to climb the stairs of your life since some sections of the wall can get quite steep. However, it’ll be worth the sweat once you take in the lush view of the surroundings.

Tip: You can book a ticket to Beijing and opt-in for a car rental in your vacation packagebecause it takes only about 40 minutes by car to reach the wall from downtown. Each section of the wall charges a different entry fee, so be prepared.

A Mayan city built around 415 AD across 300 hectares on the Yucatán Peninsula in Mexico, Chichén Itzá is a sublime testament to the scientific and cultural prominence of the Itzá tribe. Home to several important monuments and temples, the city used to be a centre of political and economic activity. One of the most famous landmarks here is the 24-metre-tall El Castillo (“The Castle”). The building features 365 steps, one for each day in the solar year, and is another sign of the Mayans’ prowess in astronomy. The site also hosts a type of sporting field where people played a ritual ball game.

Tip: Book a flight to Cancun, and from there, you can arrange to rent in your vacation package to truly enjoy the beautiful scenery along the way. One of the best things about visiting Chichén Itzá is staying in bungalow hotels in the nearby forests. 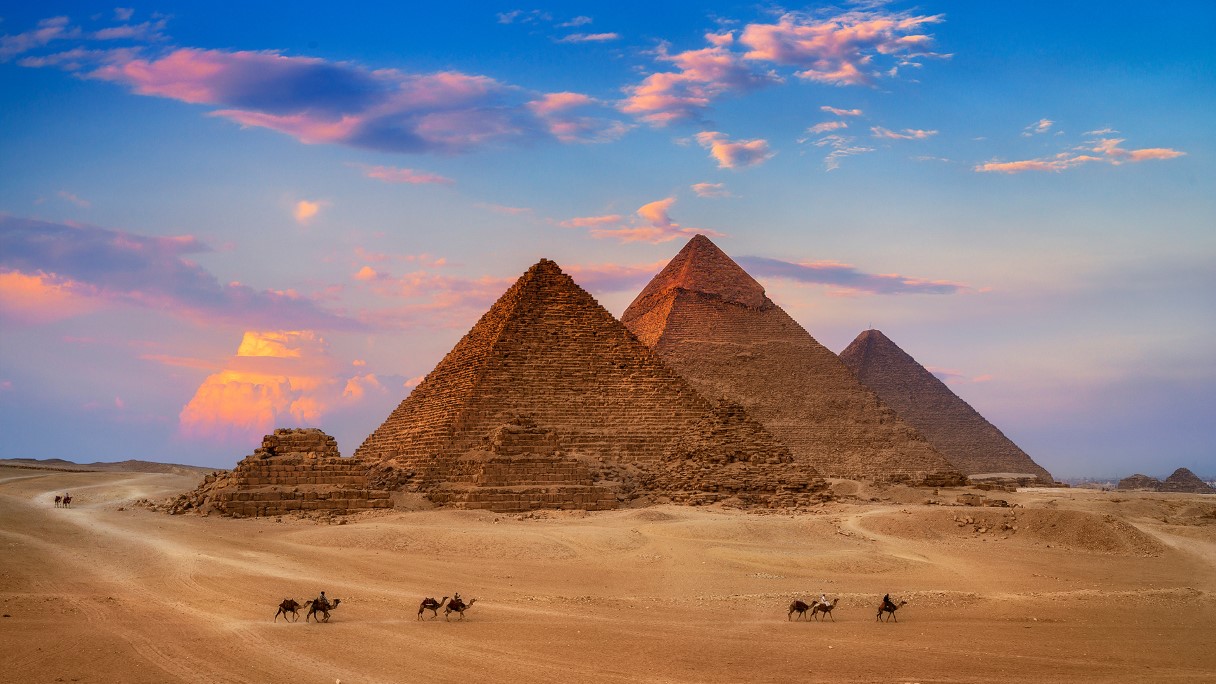 Tucked in the corner of the Arabah Valley in southern Jordan, the rose-coloured city of Petra mesmerises visitors with its unspoilt beauty. Petra was an important trade centre, especially for spices and incense, during its years as the capital of the Nabataean Kingdom. The Nabataeans, who mastered stone carving, among other skills, chiselled temples and tombs into the sandstone, which sparkled bright with the shifting angle of the sun throughout the day. Suffered from earthquakes and decline after the changing trade routes, Petra was rediscovered in 1912 and still remains mostly a mystery to archaeologists. Nevertheless, it’s home to beautiful tombs and temples, a Roman collonaded street, and an amphitheatre.

Tip: Best way route to Petra is through Cairo, and from there, flying to Amman, where you can book an all-inclusive hotel room.To fully explore Petra, it’s better for you to spend a few days around the area.

Perched atop the Andes Mountains in Peru above the Sacred Valley, Machu Picchu is an Incan citadel built in the 15th century by Inca emperor Pachacuti. Machu Picchu, which means “old peak” or “old mountain” in the Quechua language, is one of the few significant and well-preserved pre-Columbian ruins. It was brought to international interest in 1911 when it was discovered and mistaken for the “lost city of the Incas” by Hiram Bingham. It’s home to many landmarks, including the ritual stone of Intihuatana, the Temple of the Sun, and the Room of the Three Windows. It’s one of the world’s most famous wonders with its polished dry-stone walls and astonishing views.

Tip: Book a flight to Cuzco through Lima, which takes about an hour. From there, you can take the 3.5-hour-long scenic train route to Aguas Calientes with views of the Urubamba River. Keep in mind that the citadel is 2,430 meters above sea level and take measures to avoid altitude sickness. 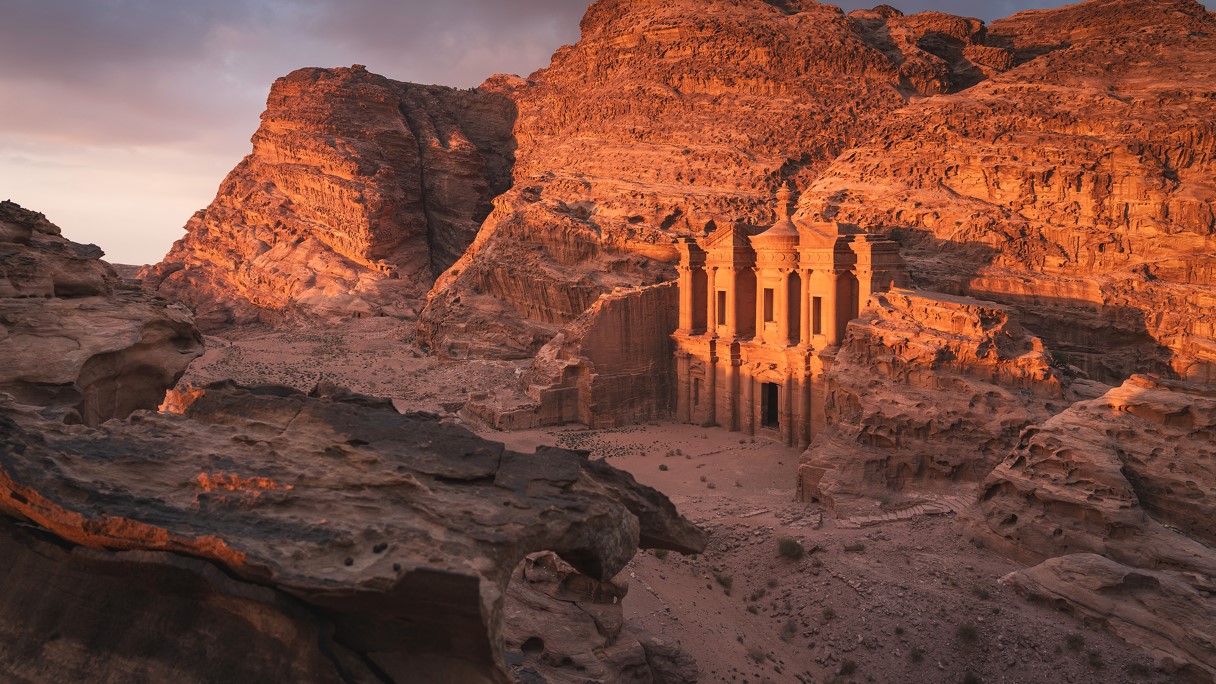 Nestled at the top of Mount Corcovado inside the Tijuca Forest National Park in Rio de Janeiro, the statue was built just after World War I. It was almost entirely funded by donations by Brazilian Catholics. Designed by Heitor da Silva Costa, Carlos Oswald, and Paul Landowski, it’s the youngest New Seven Wonders of the World. Thirty meters long—without the base—monument was completed in 1931. Also, the distance between outstretched arms is 28 meters. Made of reinforced concrete and soapstone, the world’s most gigantic Art Deco sculpture has been featured in many Hollywood films!

Tip: This may be one of the most accessible wonders to see since all you have to do is fly to Rio de Janeiro! You can coincide your visit with the carnival to make the most of your trip.

Built in the first century by Emperor Vespasian, Colosseum in Rome is a touristic wonder and the world’s largest amphitheatre. Having staged gladiator fights, public spectacles, and mock sea battles, the structure could host 50,000 spectators. It’s mostly known for its architectural grandiose and brutal past. However, the Colosseum is also home to a rich and well-documented flora and currently hosts roughly 200 active plant species. It’s a massive complex with subterranean passageways used to transport wild animals and gladiators to the arena.

Tip: Colosseum is an essential landmark on a culture trip to Rome. It offers public, semi-private, and private tour selections so that you can pick one based on your schedule. Also, make sure to explore the surrounding structures around the amphitheatre and the greater Roman Forum.

Located in Agra, India, the Taj Mahal (“Illustrious Tomb”) perfectly symbolises the eternity of love. Mughal Emperor Shah Jahan ordered its construction on the bank of Yamuna River to honour the memory of his beloved second wife, Mumtaz Mahal. Taj Mahal occupies a 17-hectare complex, boasting a mosque, a guesthouse, and an enormous garden with a reflecting pool. One of the fascinating examples of Mughal architecture, the Taj Mahal, was a colossal endeavour that required the labour of 20,000 workers for 22 years! Renowned as the “Jewel of India,” it’s the epitome of elegance and splendour in architecture. Try to visit around sunset to enjoy its brilliance truly.

Tip: From New Delhi, it takes 3.5 hours to drive to the Taj Mahal. You need to pay a small extra fee to enter the mausoleum. Although no dress code is enforced, make sure to cover your shoulders and below the knees to adhere to decorum. 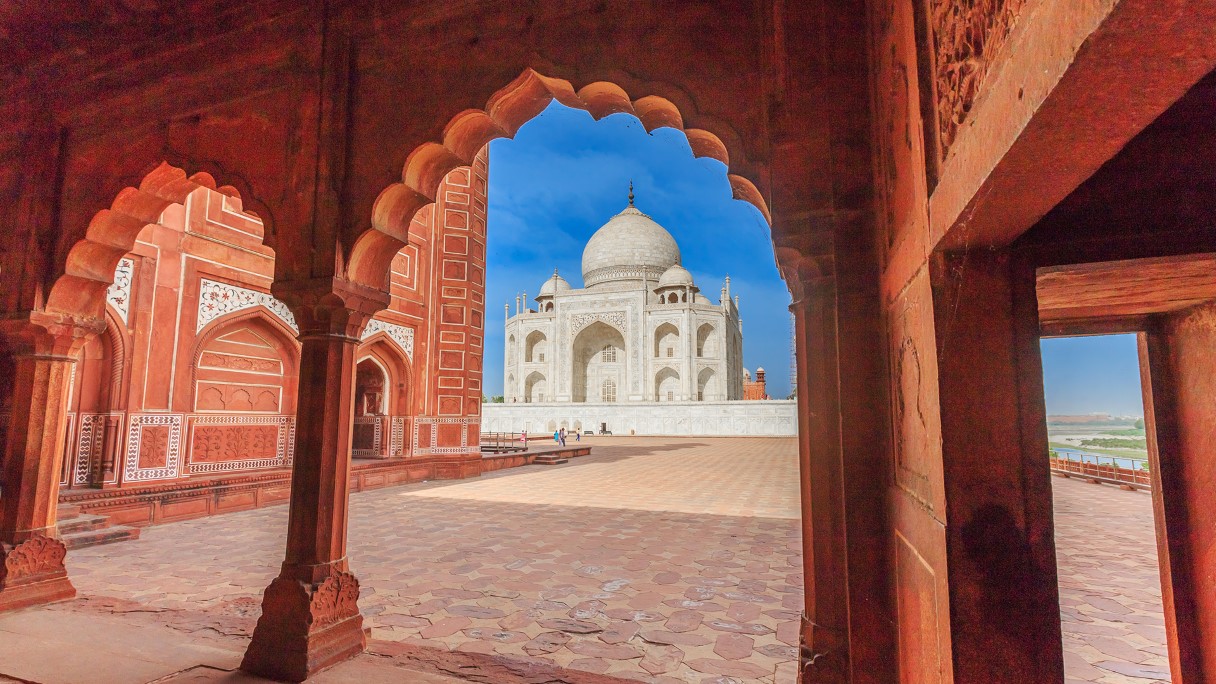 Located on the Giza Plateau near Cairo, the Great Pyramid of Giza is the only one of the seven wonders of the ancient world you can still visit. Pharaoh Khufu (also known as Cheops) ordered its establishment, which lasted over 20 years. The Pyramid’s height is 146 metres, and the base is 230 metres. You wonder with amazement at the advanced Ancient Egyptians' construction technology when you see the massive stone blocks lined up perfectly. According to Greek historian Herodotus, 10,000 men worked for three months every year to build the enormous wonder. Until the completion of the Eiffel Tower in 1889, it was the tallest artificial structure in the world. It’s surrounded by a complex, which hosts smaller pyramids and other landmarks. The Sphinx is one of the most famous structures within the complex, next to the Great Pyramid. A limestone statue of the mythical creature has a face that represents Pharaoh Khafre and is missing a nose!

Tip: It takes about 45 minutes to drive from Cairo to the complex in Giza. Expect to do a lot of walking and wear comfortable shoes if you’re planning to visit yourself. It’d be easier to explore the site with a guided tour. In addition, you can enhance your experience by adding a car rental to your vacation package.