Where Do You Want To Go? Plan Your Trip!

A mélange of cultures in a place where the old exists with the new, Istanbul is quite popular among travelers coming from the various parts of the world, to say the least. In fact, it is one of the most visited European cities in the world for a reason: Here you can expect to see the marks of different civilizations from Byzantines to the Ottomans as well as immerse yourself in the legendary beauty of the Bosporus. Istanbul is such a versatile city that you can both have a leisure holiday on the islands of the city (the Princes’ Islands) while you can culturally nourish yourself at the same time. Plus, great food opportunities! Istanbul promises to its visitors the full city experience in which you can go for museum hunts, check out local markets and bazaars, visit cultural landmarks that have universal value, try some delicious local food, and go on a boat tour to discover both the European side and the Anatolian side of the city. Given that İstanbul is a hotspot receiving millions of tourists each year, accommodation options in return are quite varied. The city is filled with world-famous hotel chains along the Bosporus, 5-star luxury hotels alongside midrange hotels, appealing to every kind of budget. Istanbul stands as an invaluable gem that everyone should visit at least once in their lifetime. 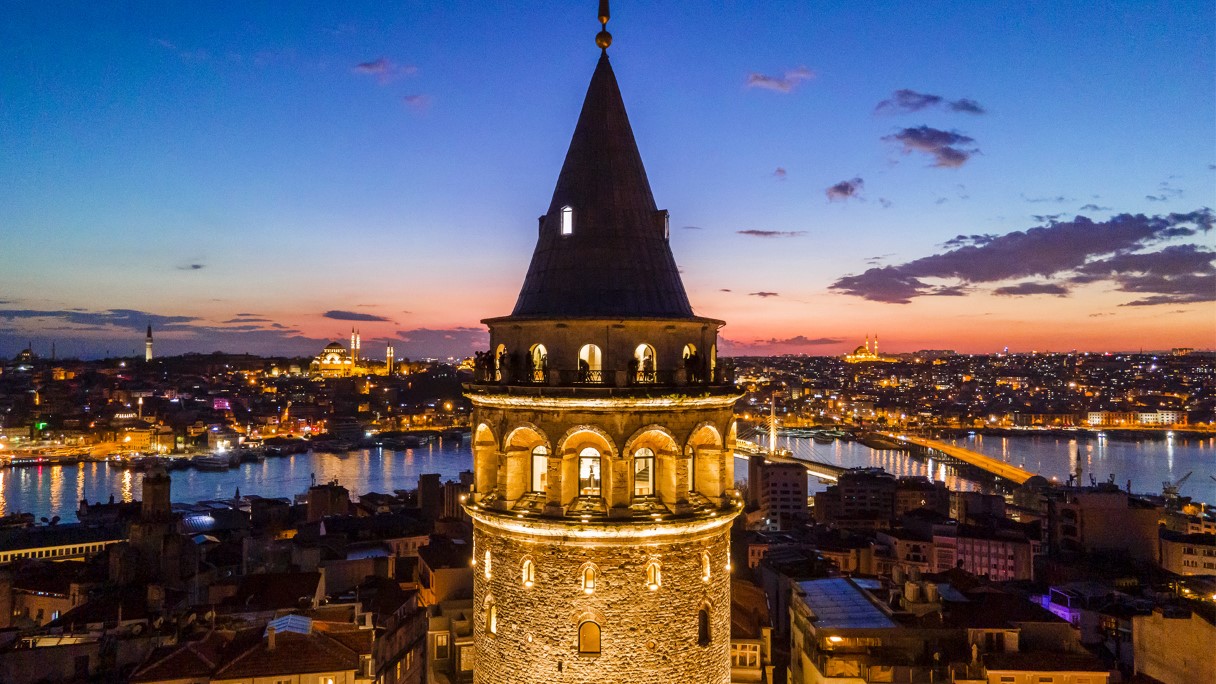 It is safe to say that Istanbul hotel prices change dramatically according to different factors. The diversity seen in the types of accommodation options applies to prices as well. Your accommodation expenses can go rocket high or remain incredibly low depending on your choice of stay. The hotels near Bosphorus, for example, tend to be pricier compared to some other districts. Likewise, a night at a world-famous or a 5-star luxury hotel turns out to be so much costlier than a night at let’s say at a midrange hotel. In general terms, hotel prices depend on the number of days and visitors, the district, facilities, and service provided by the hotels, location in terms of closeness to the city center or historical places, and the season. Some hotels might also charge extra fees if you choose rooms with views. The city has so many other accommodation options where you can stay at affordable prices without sacrificing so much from your comfort. Plus, early booking is a pro tip for saving money and getting a chance to stay in higher quality hotels without spending so much money on them.

Since the city has a lot to offer to its visitors, holiday packages and prices vary majorly.

Holiday packages cover flights and accommodation for your vacation. You can include features such as car hire and transfer services to your package if you want. Given that you can create your own holiday package by including and excluding additional services, you can also have control over your expenses. In any case, unless you go for the ultra-luxurious category, Istanbul holiday packages are not likely to turn out to be unreasonably expensive. 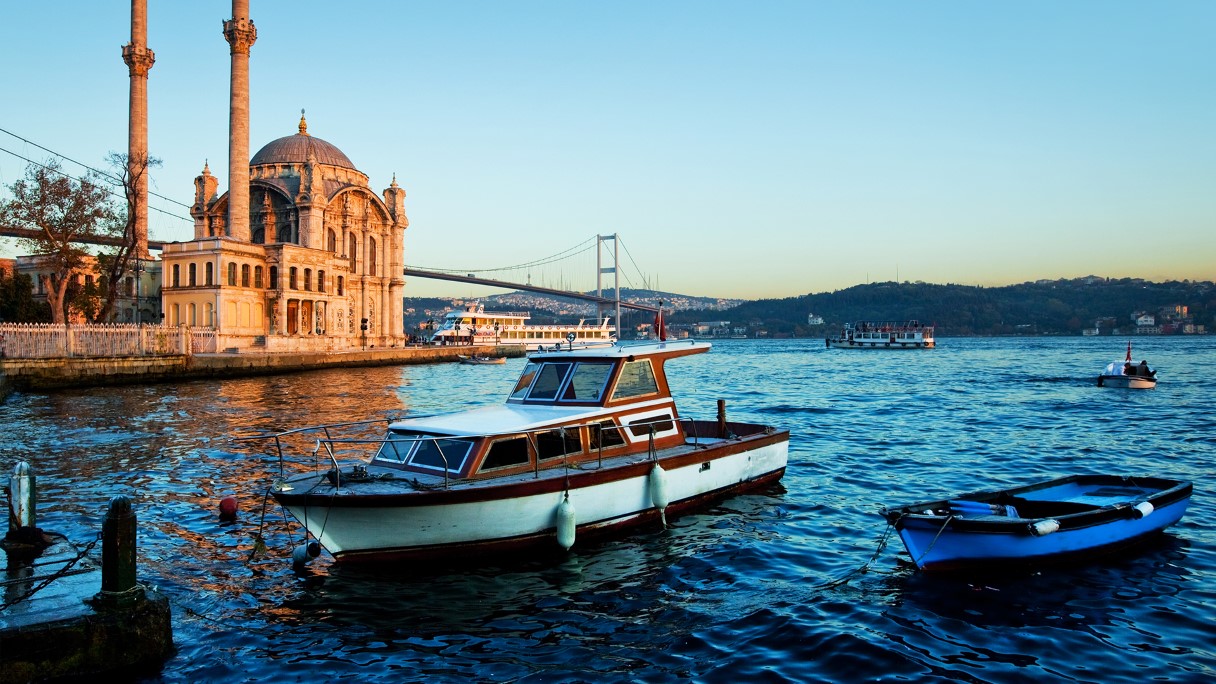 The former capital city of both Byzantines (Eastern Roman Empire) and the Ottomans, now Türkiye’s most populated city, Istanbul has a long-rooted history that has an important place in the whole history of civilizations. The latest excavations have shown that the first settlers of the city belong to the 6th century BC. Not to mention, the conquest of Istanbul by Mehmet II is referred to as having ushered a new age, ending the Middle Ages. It was and still is a booming trade center due to its crucial geographical position on either side of the Bosphorus bridge where Europe meets Asian soil. It is the door opening to the West and to the East which makes the city unequaled and unique in more than one way. Its bipartite geographic position is also present in the diversity of its culture. Most visitors leave amazed at the city's culture which is a perfect blend of Western and Eastern traditions, beliefs, and teachings. Istanbul, without a doubt, is a unique case and hence it manages to bewitch millions of people across the world.

Istanbul is truly a traveler’s paradise in many ways and accommodation is no exception. Here you can expect to find a detailed catalog of hotels in which you can optimize the pleasure to be derived from your trip. You can opt for world-renown hotel chains, 5 star luxury hotels, spa and resort hotels, apart hotels or boutique hotels, according to your budget, preferences, and convenience. The only thing you need to worry about is choosing which option to go for among the countless options the city offers. The rest is just a slice of a cake! Istanbul is a metropolitan that appeals to every kind of traveler from the ones who enjoy lash holidays to budget-conscious backpackers. Here you can arrange something that suits you with ease.

Land of different cultures, Istanbul is a real treasure when it comes to sightseeing. In fact, there are countless places that you must see as the city is not only a visual feast but also a cultural trademark. Some of the places that we highly recommend include the following: 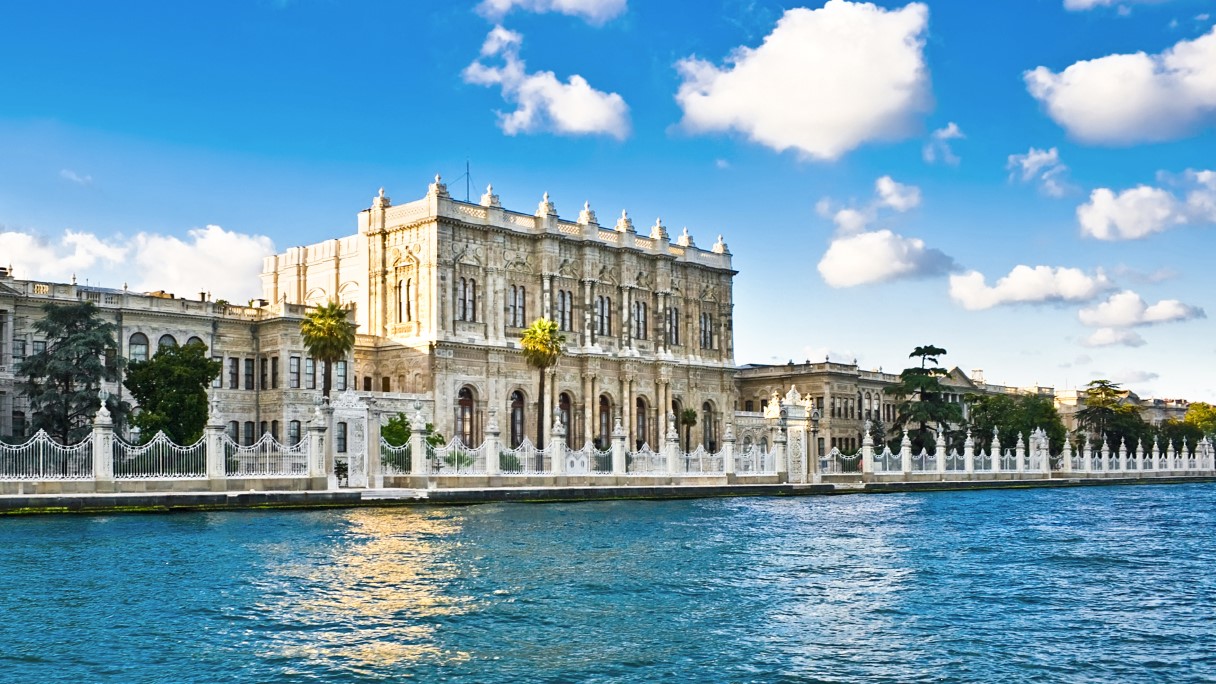 When to Go to İstanbul?

As far as weather conditions are concerned, there is no such thing as a bad time to visit Istanbul given that the city is mostly under the influence of a transitional Mediterranean climate, meaning that the weather is mostly moderate. In general, summers are warm to hot while winters can get a bit cold. Yet, weather conditions are never too harsh to visit. The best time to visit Istanbul, on the other hand, is either springtime or fall time. Summer is the peak season for the city’s tourism and given that the city is already very much populated (over 15 million), getting around during this time tends to be a bit challenging. If you don’t want to wait on long queries under the heat of the sun, you should definitely consider a different period to visit the city. Winter might be a good option as well, however, you can’t enjoy The Princes’ Islands during this time since the islands are vulnerable to the wind coming from the sea and hence tend to be colder than usual. Given that, an island tour is included in our must-see list, winter is not ideal either. Spring and fall, on the other hand, are perfect times for a quality holiday. The weather cooperates, the streets are yet to be crowded, and it is easy to move around. What else can one want?

How to Get to İstanbul?

Hosting the 20th busiest airport in the world, and the busiest airport in Europe, Istanbul is one of the easiest destinations in the world to reach. Many countries organize direct flights to the city that has a very crucial geographical position between Asia and Europe. Therefore, the main way to get to Istanbul is by airway which doesn’t cost a lot and effectively saves time. Important to mention, Istanbul has two operating airports now, one on the European side and the other on the Asian side: Istanbul New Airport and Sabiha Gökçen Airport, are big international airports where you can travel with ease. 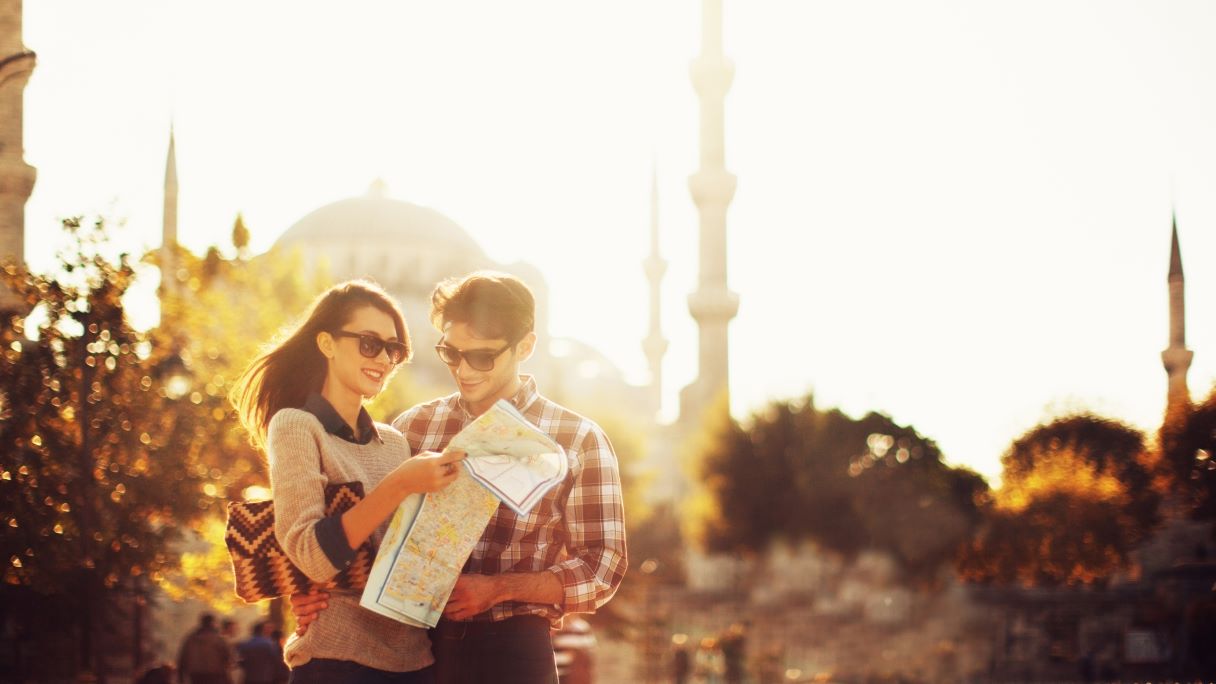 What to Eat in İstanbul?

As much as it is a visual feast, Istanbul doesn’t disappoint when it comes to gastronomy either. Here you can have a taste of some of the finest examples of Turkish and Ottoman cuisine alongside international cuisine. Some of our recommendations include:

What Gifts to Buy in İstanbul?

It is almost impossible to leave the city empty-handed, so if you are concerned about what souvenirs to get rest assured that you’ll have abundant choices. You may consider buying: 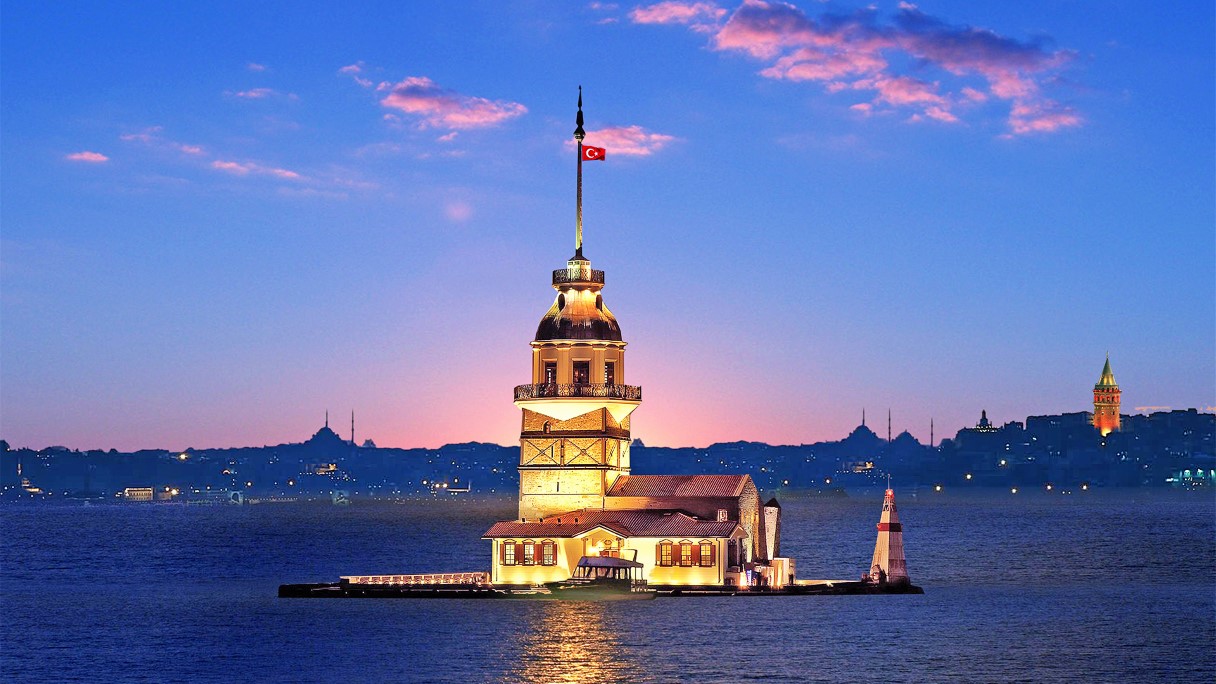 What to Do in İstanbul?

İstanbul vacation is essentially a multifaceted experience in which you can participate in all sorts of activities including swimming on the Princes’ Islands, museum tours, going to vintage shops, visiting historic bazaars, and trying local delicacies. After all, the city is famous for a reason. It is the perfect combination of Western and Eastern traditions which have bred a colorful and rich culture. Not to mention, its legendary beauty whose symbol is often the Bosphorus Bridge lures millions of people every year which makes it one of the most visited cities in the whole world. Here you can both enrich your general knowledge as much as you can feast on Turkish and Ottoman cuisine. Istanbul vacation, in essence, is all about getting in touch with the historic texture of the city by learning more about its culture and people, enjoying the magnificent view of the sea, joining cultural events, and eating like there is no tomorrow. It is a bewitching city that promises to give its visitors a remarkable experience that will give them a change of perspective on life.

How is Getting Around in İstanbul?

Getting around in Istanbul is as easy as it can get thanks to the advanced transportation network in the city. Your options include trams, subways, busses, minibusses, taxis, ferries, and trains. Nowadays, scooters have also become popular to facilitate moving between short distances. Don’t forget, both car rentals and hotel transfers can be included in your vacation package. But the most common mode of transportation is public transportation. You can buy your city card (İstanbul card) to use public transportation from different places such as kiosks at the bus stops, at the entrances of the metro station, or some small shops around.

Where Do You Shop in İstanbul?

İstanbul is truly a shopper’s paradise with over 100 big shopping malls and thousands of boutiques and small shops. You can find anything you can imagine in İstanbul, that’s for sure. There are also big market chains where you can meet your basic needs as well. Not to mention, touristic sites are filled with small and large souvenir shops where you can do your gift shopping. Finally, old city bazaars are popular destinations for shopping.

How is the nightlife in İstanbul?

Good news for those who enjoy going out at night: İstanbul is the ultimate destination for an epic night out. Nightly entertainment is in fact engraved into the city’s culture. You can enjoy your night at high-class clubs, cozier pubs, or private boats and yachts on the Bosphorus. Plus, public transportation is provided until late at night, and sometimes for 24 hours.